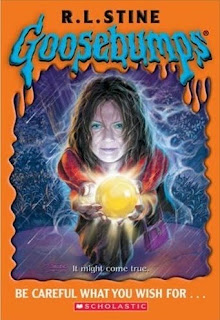 TODAY WAS MY LAST DAY OF FIELD PRACTICUM for this semester. For the better part of the day, it was fairly uneventful. I tidied up the office since I won't return until January, and I called a medical collateral contact. My field instructor gave me my final evaluation, and that was about it.

At about 4:45, I walked down the hall to say good-bye to an employee who has been so helpful and supportive for the last 15 weeks of my practicum. Something (someone) caught my eye as I was standing in her doorway. I turned to see two young children sitting outside a nearby cubicle. One of the kids had her head buried in a book, and the smaller of the two kept glancing in my direction. I asked the worker who they were and what they were doing. When she shrugged her shoulders indicating that she didn't know, I said, "I think I'll say hello."

As it turned out, the two children had arrived at the agency for a visitation with their parents who were supposed to have been there at 3:30 p.m. It was almost 5 p.m. The elder sibling kept her head in her book -- one of a series of "Goosebumps" readers for young people.

"What are you doing?" I inquired, with a smile.

"Waiting for our parents," said the youngest child, who seemed eager to engage.

She shrugged and said something about her Mom being at home and her Dad at the shelter. The older child, whose eyes never left the page, said, "You don't know that." The youngest child proceeded to explain that Dad was in a men's-only facility, so she was pretty sure it was a shelter. They were 7 and 11 -- going on 25 and 27.

My heart was breaking. Here it was, a couple of days before Thanksgiving, and this would be the last chance they might see their parents before the holiday.

"I wish I had some Checkers so you could have played a game while you were waiting," I offered. "I'll have to bring a game to the office...," my words trailed off.

I decided to stay late and keep them company while they waited for a worker to drive them back to the foster home that they shared with several other children. I listened, and learned that the younger sister felt like one of the kids who they lived with wasn't very nice. I praised them for the good behavior they exhibited while they waited an hour and a half for parents who never came.

"How disappointing it must feel," I'd said to the younger girl when she told me the story, and, "I am sorry they didn't come."

The older child never looked up from her "Goosebumps" storybook.

When I left the building, I no longer felt as buoyed by the promise of a month of vacation. I felt sad. And, I felt passionate about returning to the child welfare agency when vacation is over. There is so much work to be done and so many children we need to serve.